How it all began

Prior to 1995, WA Sydney Swans supporters were disorganised as a group. No club existed, there was no pre-game get-togethers or after the match functions happening. Nothing but supporters passing each other on the way to or coming from matches.

That was until after the Swans lost by a solitary point to the West Coast Eagles at Subiaco Oval on Sunday June 26. Tony “Plugger” Lockett kicked a goal after the siren and the rest is history.

Bevan Eakins a well known WA journalist from The West Australian newspaper and editor of the “Sweeper” column rang Graham Madigan a Sydney Swans football tragic for his view on the loss of four premiership points.

Eakins promised the self-styled president of the non-existent WA supporters club that he would publish a yarn in his column about a proposed supporters base in WA, including Madigan’s phone number. They were seeking more supporters to join his band.

It happened and the phone rang off the hook

Two weeks later a committee was formed and Graham took on the role of acting President.

An agenda was set at the first meeting with plans to raid the Swans headquarters in Sydney to present its credentials.

The Swans at that time were undergoing several changes themselves, engaging Kelvin Templeton as the new CEO and replacing football legend Ron Barassi as coach. Rodney Eade was given the senior coaching job and took the Swans close to the premiership in his first year. It was 1996. The WA Swans were chartered in the same year with Graham Madigan at the helm.

1996 started with no money and plenty of help from the Swans Melbourne office. The hard working committee organised the first pre-game function at Observation City in Scarborough and a post-game function at Subiaco Football Club’s licensed premises located at Subiaco Oval. Sydney Swan merchandise was on sale and players mingled with supporters. The WA Swans Supporters’ Club was off to a great start.

A newsletter was published and mailed to paid up members. Through word of mouth the membership grew rapidly.

Several changes to the committee structure over the next few years saw Kevin and Monica Rice enter. Kevin was able to establish a strong bond with the Melbourne office and establish better functions and ticketing.

Changing of the guard

In 2008 Kevin decided to hang up his boots and handed over the ruling reins to Chris Harrison who very quickly learned from the master.

Chris established the WA Swans Supporters’ Club website and an Email service. She also managed to organise a football trip to Sydney with 15 other supporters. Membership of the Sydney Swans in WA passed the 300 mark.

In 2010 a cocktail party bringing together WA Swans members and the Sydney Swans playing group was organised for the Thursday prior to the big game against Fremantle. A fantastic night was had by all, both WA Swans members and players alike. The Swans then went on to defeat the Dockers in a nail biter, rounding off a memorable week for Swans supporters in WA.

2011-2012, the WA Swans is took their next big step – building a local member base the club established its own identity, providing even more benefits for WA based Swans supporters in the form of uncapped membership, WA Swans polo shirts, a footy tipping competition and more events just for starters. The club continues to work with the Swans’ Melbourne office to coordinate pre and post-game functions as it has previously.

2013, Chris Harrison stepped down as President, handing the reins to Ross Atkinson who has brought his own brand of enthusiasm to the club as it continues to grow from strength to strength. Chris still has a hand in much of the clubs development but now holds the role of securing sponsorship.

2017, at the end of the season, with a Ross Atkinson took up an opportunity to relocate to Sydney. Ross and his wife Elaine will be missed by all – many would remember their warm friendly welcome at OPs. Ross remains involved where possible from his new digs in Sydney.

2018, Daryl Sommerville who has served the WA Swans Supporter Club as Secretary has stepped into the Presidents role with a new brand of enthusiasm. Tim Gregroy steps up as Vice President, Sharon Aritonovic stepped down as Vice President but continues her role as web designer, golf day co-ordinator and email newsletter organiser. Bec Richards continues with her hard work as Events Co-ordinator and the ever growing Swanettes. Vicky and Blake Kemp continue in their roles as The Swan Editor and Game Day Banner Co-ordinator. We also are pleased to welcome faithful Swans supporter and avid OPs TV Viewing supporter, Chris Giantsis as assistant TV Viewing co-ordinator and Gerard Vance who will take up the role as Treasurer, Memberships and Licence Plates.

2019 brings in some new blood into the Committee and a new venue, Empire Bar, Lathlain.

After a very successful first season in the hot seat and introducing a raft of new initiatives, Daryl Sommerville continues in the Presidents role.

Sharon will continue the management of the Website IT and of course the WA Swans Golf Day that is gaining in popularity each year.

Bec Richards continues with her hard work as Events Co-ordinator with the Swanettes with support from new comer Karen Crowther who will also be a support to Chris Gianatsis at the TV viewing days at our new venue, The Empire Bar in Lathlain.

Gerard Vance will continue his hard work as Treasurer, Memberships, Licence Plate manager. Making it a family concern, we welcome Leanne Vance who will put her creative spin on The Swan newsletter as Editor and I believe Benji is an honorary committee member this year. Welcome Robert Andrews – he will be the man to call if you want to get on the banner crew at Optus Stadium for 2019. Cheer cheer to a fabulous new year!

Our devoted 2019 committee will continue to strive to build a strong, family friendly supporters club that we are all very proud to be associated with. 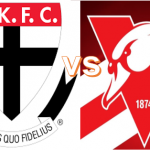 For the best prices on groceries, fresh meats, vegies, liquor and more.

Clairault Streicker Wines are a family of premium wines, crafted from our privately-owned vineyards in the Margaret River Wine Appellation of Western Australia.

Custom Framed Artwork and Limited Edition Works of Art for your home or office.

Located beachside in Canggu. Great deals to WA Swans members who book through our website.